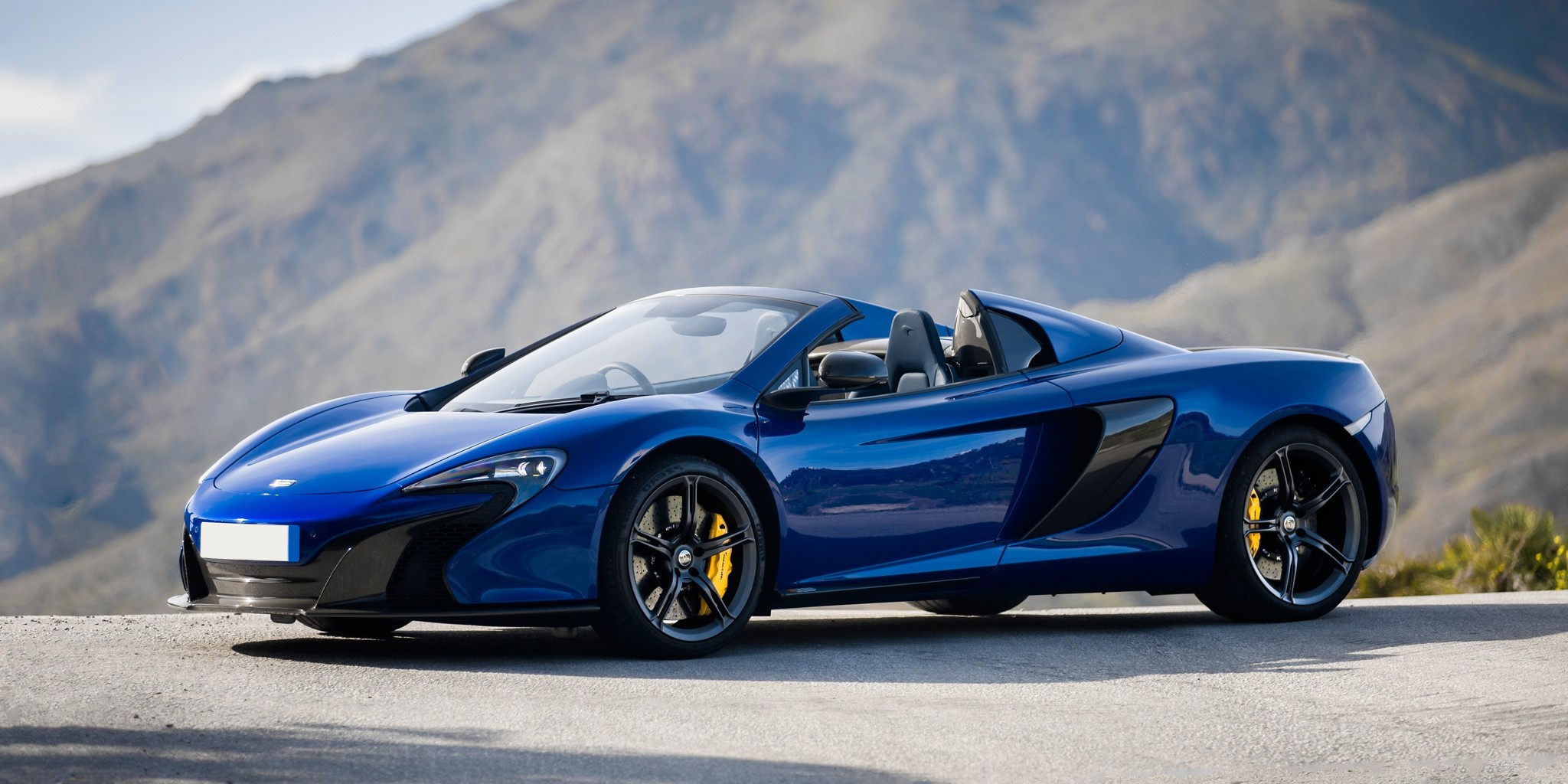 Record efficiency to obtain great performances.
Get a Quote

Every time you go near to the McLaren 650S Spider, you could feel the same exciting thrill.

Each panel, each surface, each detail were accurately projected to obtain a design without any compromise.

The McLaren 650S Spider is the more versatile super car in the world.

It has a mind-blowing engine, a superb behaviour and a F1 aerodynamics.

The McLaren has built a more extreme and sharp supercar, the 650S Spider: a name, which is a guarantee because it shows the power of the double-charged v8 3,8 litres.

The McLaren 650S is connected intimately with the road, thanks to the evolution of the technique and of the materials used for it.

The chassis is inspired by the F1 single-seater and the racing seats were made of carbon fibre to obtain more lightness and innovation.

This car has a engine like no others to have more engaging performances and a new dimension of the driving pleasure, but it is also refined and offers incredibly reduced emissions of carbon dioxide.

This vehicle has 7-speed gear with double clutch, inspired by the Formula1, and enables very quick clutches and an efficiency without comparisons.

It is possible to control the gear directly from the steering-wheel; the software of the gear-ssg was modified to increase its speed, with the possibility of regulating its trim and the modalities of driving, without depending on the transmission.

The amazing aspect of this car it is not only the style, but also the outside and the interiors have been designed to keep the eyes on the road and to be in complete safety.

Other advantage of this powerful V8 engine is that to be located behind the driver and it permits to control the road without any obstacle.

The aerodynamic performances are incredible in each millimetre of the McLaren 650S Spider and they complete the fabulous design of the car in every line and in every bent.

Driving this vehicle is a fantastic experience, it give great emotions, its engine is exceptional and the car has a record push. The carbon ceramic brakes are indefatigable, the steering gear is rapid and precise; in conclusion it is possible to say that the McLaren 650S Spider reacts in a hurry to every small variation.

You can rent the McLaren 650S Spider in its orange version, with black interiors, obviously by Up Cars.

To have more information about rental modalities of the MC Laren 650S Spider and for a personalized estimate please contact us at +39 0444 649475 or fill in our information request form.