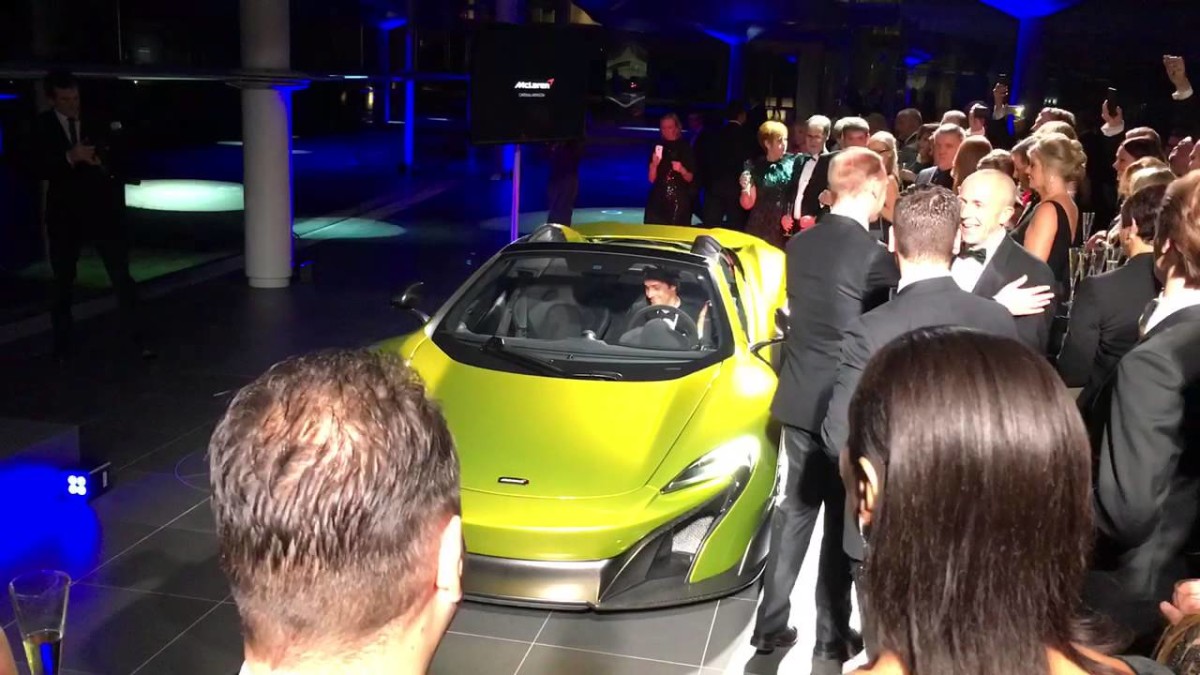 Each luxury car manufacturer’s communicative aim is to officially and truly be “luxurious” i.e. maintaining its brand as a status symbol – everything else is just a tool including sportive competitions. According to this vision, some worldly events which have nothing to do with the luxury car sphere can anyway become central as long as they are able to beam a reflection of elite and exclusiveness especially to those who cannot afford to take part into them.

The Winter Ball of McLaren  is the quintessence of the classy event. It is held in the British McLaren Technology Centre which is decorated with dead trees, glassy furniture, crystal glasses and waiters dressed in white. In 2015, when the initiative was born, the visual impact with frosty: it was the great event program that gave everything a vivid light.

The happy hour consisted of champaign accompanied by the notes of a saxophone. You can now imagine how classy the rest of the evening had been: gourmet dinner, live music, fireworks and sophisticated drinks. This grand event was also supported by major guests such as Emerson Fittipaldi, Pedro de la Rosa, Bruno Senna, Derek Bell and Kenny Brack as well as the presentation of the new McLaren 675LT Spider.

Apparently this formula was very successful since McLaren has already announced the 2016 edition. We will keep you posted.