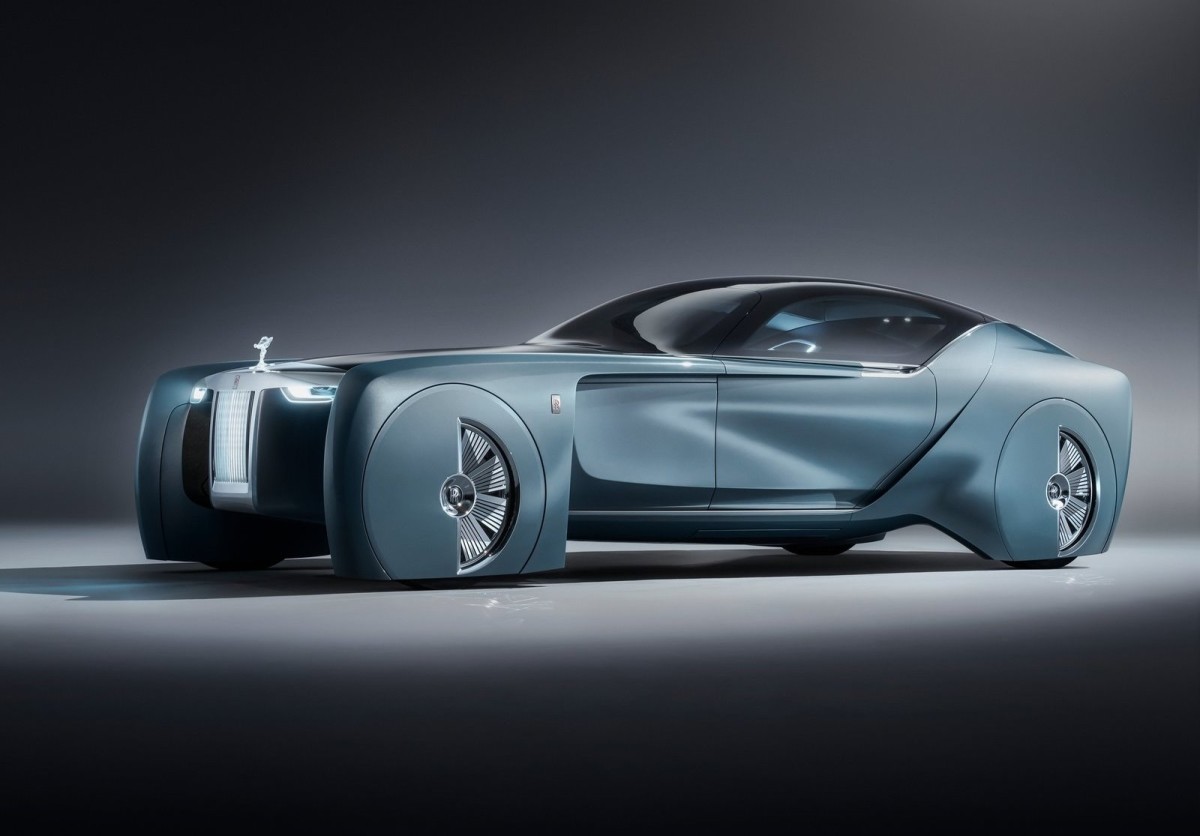 This title should not sound new to our readers since BMW has already undertaken the challenge to try to foresee its future on its hundredth birthday as we wrote in this article. This initiative has apparently gathered positive response from the audience and the critique and this summer the firm has involved its luxury brand Rolls Royce into a projection towards the future. Here is the new Rolls Royce Vision Next 100 which was presented in London last June.

This car is far beyond futurism; it a concept the aim of which is to determine and predict the treats of next century’s luxury cars. What here counts the most is definitely the intentions about the automatic driving system in the future.

Rolls Royce Vision Next 100 does not in fact require any physical human driver: it has not got driver’s seat, steering wheel, manual gear shift nor any other driving devices. Essentially, it is a true and comfortable robot living room for passengers. It is more than six-meter long and the cabin has got a huge couch whereon nobody will ever complain abut not having enough room for their legs. The front of the car is the most daring element with a small central part (less than a meter) between two empty spaces and with incredibly thin wheels.

It is audacious indeed. Its purpose is to clarify that, according to BMW, car world’s future has nothing to do with driving.