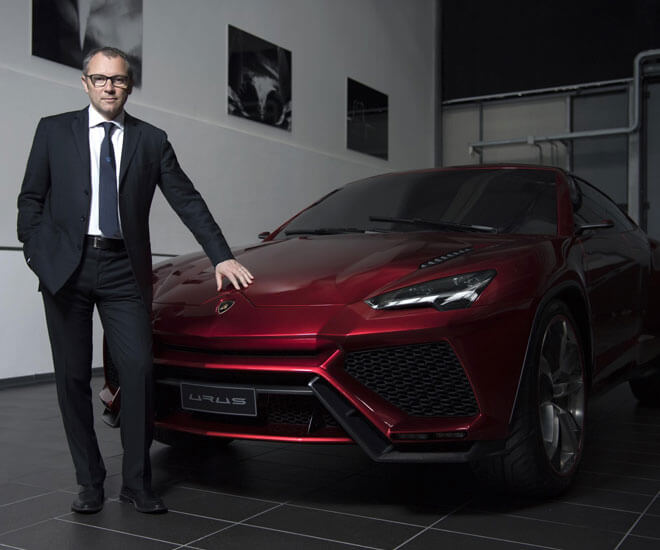 Lamborghini Urus to be revealed on 4th December

On December 4th Lamborghini is going to introduce its first SUV: Lamborghini Urus. It is more than a simple SUV, it is a SSUV: a luxury Super Sport Utility Vehicle with superlative performances. Announced as a concept at the 2012 Beijing Motor Show, Lamborghini Urus has become a reality.

The production of this state-of-the-art vehicle has led to an expansion of the plant (the factory has been doubled respecting environmental sustainability) to ensure an excellent development of the new car. Regardless the atypical design, different from company’s usual sports cars, Lamborghini Urus has the same quality and high standards of other models: Huracán and Aventador. As boss Stefano Domenicali said to Automotive News, under the car bonnet you will find a 650 hp twin-turbo V8. Furthermore, the hybrid plug-in version will probably be available from 2019. According to the CEO, sales are going to be doubled within two years after releasing Lamborghini Urus.

So we have to wait for the upcoming December 4th to find out all the details about new Lamborghini. Anyway, the price might start at approximately € 200.000.