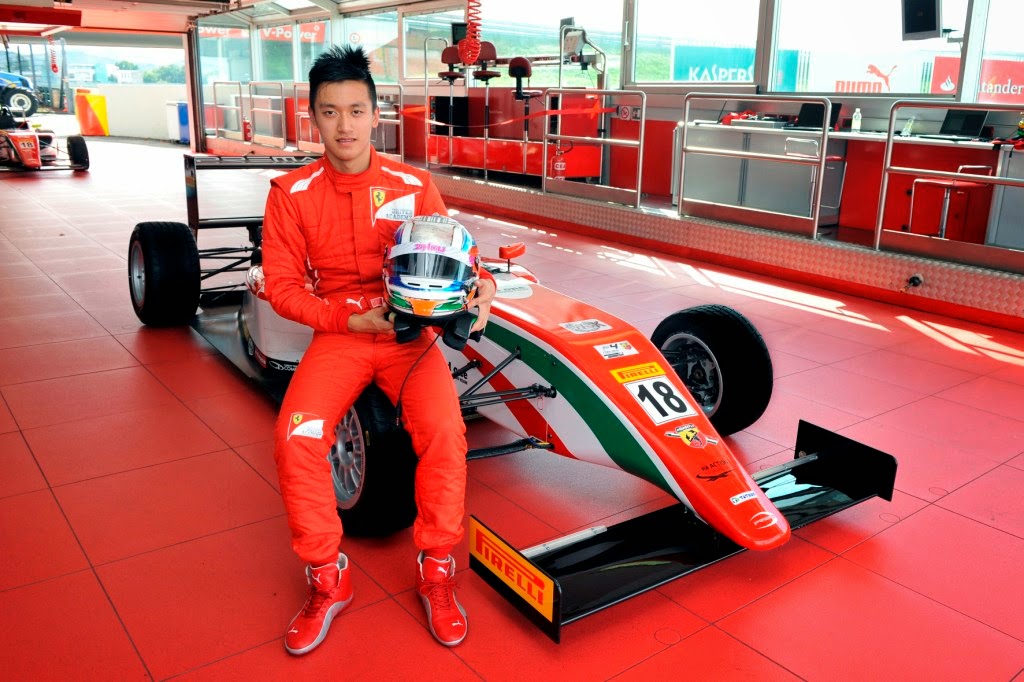 He is only 16, but he is in pole position to become the new Ferrari face: his name is Guanyu Zhou and since June 2014 he is one of the six students pilots of the Ferrari Driver Academy, the talents forge to which the House entrust its sports future.

He was born in Shangai in 1999 and he has a clear idea of his destiny: to become the first Chinese Formula 1 pilot. For now he had to be pleased with Formula 4, in which he began in Fiorano last year. He completed the 57 race rounds, despite the bad weather conditions and without any obstacle, and merited also the congratulations of Luca Baldisseri, the person in charge of the program and his tutor.

He began his training before in London and after in Maranello; it consisted first of all in physical daily exercises to improve the body resistance to constraints and to prolonged driving efforts, and secondly in constant psychological training to increase concentration, self control and reflexes. In addition to this, he spend lots of hours in front of the racing game, many technical improvements and others specific courses.

In an interview he admitted that he didn’t have yet the opportunity of driving a racing Ferrari: a circumstance that could seem obvious, because of his age (he was only 15 at that moment), but that is quite strange if we consider his sports career. When he was nine, he had won already eight kart races in his home town, meriting the title of “Best Young Pilot”. When he was thirteen, his talent emerged clearly and it convinced his family to move to London, where he will have more opportunities to develop it and improve it. At the end of 2013 he held the title of European Champion of Kart in the Junior Rotax and ABKC S1 categories and the third place in the Euro Max Challenge. That was enough to attract the attention of the Academy talent scouts, who formalized his enter in the team the following year in the Shangai race, where began Zhou’s dream.

He affirms that his idol is Fernando Alonso and he don’t say that he want to become better than him, but it is easy to understand that. Zhou has both determination and talent: we have to wait to see if he has also luck will do its part.