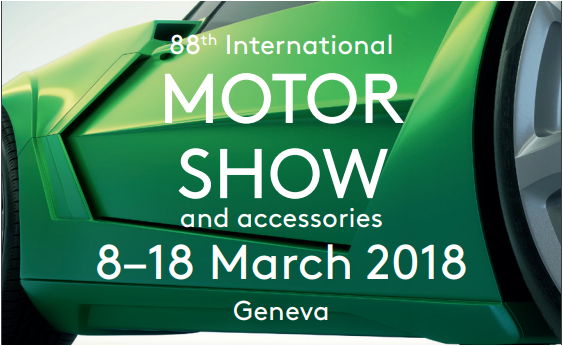 Few days left before the opening of the 88th Geneva Motor Show 2018, one of the most important automotive events of the year. From 8 to 18 March, Geneva will be the beating heart of the automotive world: in fact, a lot of car campanies will present their new cars that, in the following months, are going to be seen on the road. But not only that. The Show is also the place where new concepts, ideas and prototypes related to the future design and technology of the cars are unveiled. The prestigious Auto of the Year award is going to be announced on March 5, the day before the opening of the Show to the press. We look forward to know all about the automotive novelties.

Maranello remains vague, but it seems that a special version of the already known and fascinating model 488 is going to be revealed: the Ferrari GTO. Almost 700 bhp and the most powerful V8 in the history of Ferrari. Definitely one of the most anticipated debuts. We are sure that even the brand new Ferrari Portofino will break through the hearts of many.

Lamborghini, although it has already presented Urus last December, will introduce the Super Suv to the public for the first time. A 4.0 biturbo V8, 640 hp, 0-100 km/h in just 3.6 seconds and a top speed of 305 km/h. A dream. The car company of Sant’Agata will also launch the Spyder version of the Huracan Performante which debuted at the Geneva Motor Show last year.

Even the British car companies bring some news: Bentley presents the hybrid version of the Bentayga, while Aston Martin proposes the DB11 Volante (a cabrio version). Sinuous lines, tidy design and excellent performance will make you want to take them home right away.