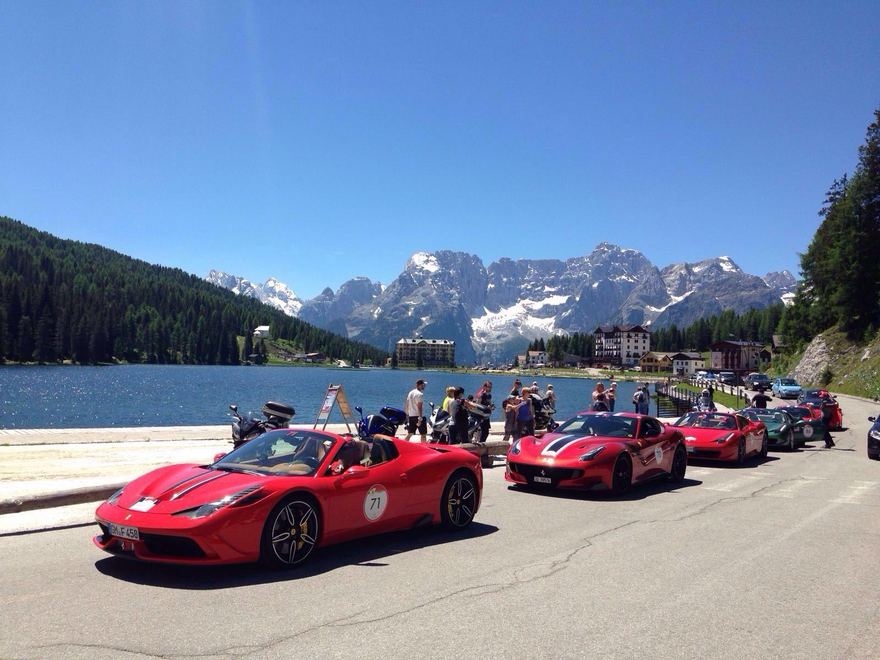 Ferrari Cavalcade 2016, one of the most exclusive events worldwide, was held in Veneto from the 22nd to the 27th of July.

It is a traditional annual meeting that is usually held in a beautiful Italian place which is specifically selected year by year (here you can find our article about the 2015 edition in Rome). This meeting is not open to anyone but only to the most wealthy and faithful customers, which gives the whole event a halo of exclusivity and luxury.

Venice was the starting point as well as the final destination of this year Cavalcade which has anyway passed through all the beauties that the Veneto region can offer to anyone who has got 6 free days, money and a powerful car. From the famous mountain tops of Tre Cime di Lavaredo, the Cavalcade has run along the wonderful valleys of Dolomiti up to the natural treasure of the  valle del Po (Po valley), without forgetting, though, to have a look at the hills that produce the most famous Italian wines. Luckily there was enough time to drive in the Adria track and to visit the beautiful town of Padua.

The cars that took part into the Cavalcade has astonished everyone and their owners have done much more i.e. a public auction the proceeds from which were donated to preserve Venice.

Starting from 2015, the Cavalcade is held in autumn as well but at a more international level: in California last year, in Japan next November.