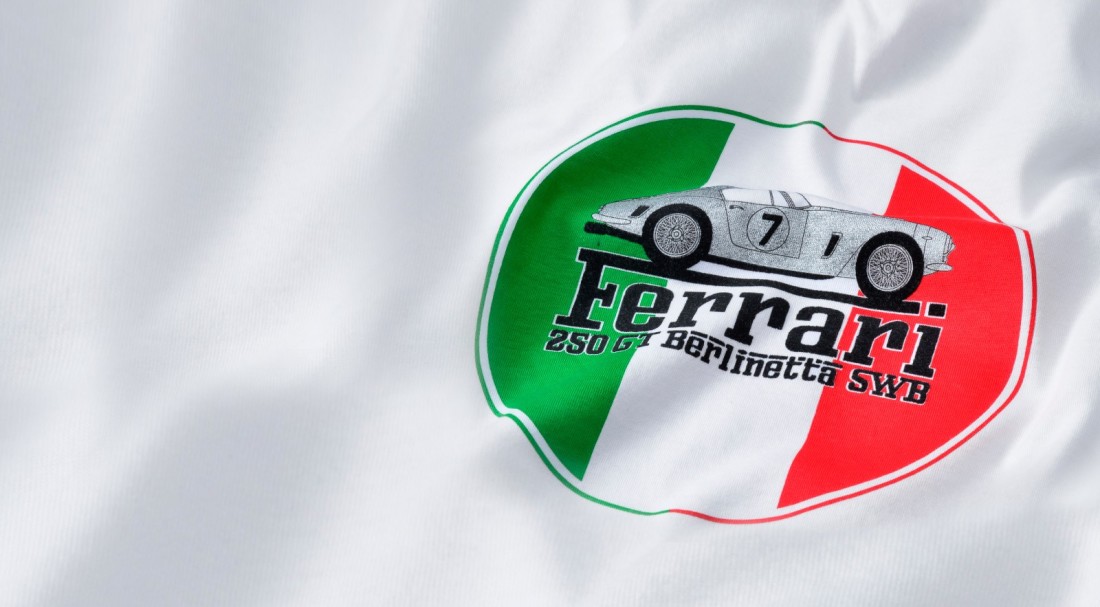 Draw Your Passion: the T-Shirt

You can like it or not, but surely who won the Draw Your Passion contest drawing it, likes it a lot: this T-shirt enabled him to have a trip to Abu Dhabi with another person; a prize that costs four hundred Euros. In addition to this, he felt the satisfaction of seeing his creation on sale near to the exclusive Ferrari gadget.

The contest was created last summer: the Ferrari enthusiast should realize a drawing, which represented the Ferrari authentic soul and at the end all these works were voted by the web public. These “artists” could unleash their talent enhancing speedy, technology, luxury, exclusiveness or the Ferrari history – and this was the winning choice. As the matter of facts, the winning work represents the Ferrari 250 GT Berlinetta with the Italian flag in the background: a refined and pleasing solution, which was able to win and to become a concrete element of Ferrari official merchandising. On the official Ferrari Store there are hundred items of this t-shirt, a limited edition, which underlines its occasional origins.

In addition to this prize, which was assigned by the jury, there was also a smaller important prize for the most voted work on the web site: a watch, which costs more or less 500 euro. Other luxurious watches had been given to four lucky participants drawn by lot, who have only voted on the website. It seemed a commercial initiative which aimed to involve and to coddle the enthusiast; for this reason the Draw Your Passion T-shirt was interesting, because it was unexpected.