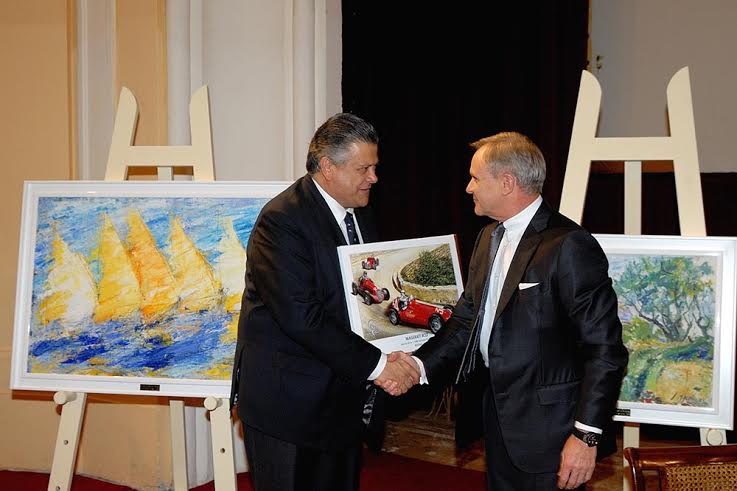 While we are all waiting for the New Year, Maserati celebrates its first centenary within the so called “a hundred years from now…” event. It was held in San Remo Casino in order to praise and promote the continuity of those companies that have been able to preserve, despite many innovations, their appeal and status quo for more than a century.

Maserati’s hundredth anniversary will always be a blazon of honour for a company that has always considered their glorious tradition as the core of their business as well as a marketing tool. To be precise, Maserati already turned one hundred and one on the 12th of December when it received honours and a prize in San Remo, but a hundred is a much more effective number to communicate to the audience.

The above mentioned prize consisted of a picture by Antonella Cotta. The title of this work is “Vele Verso il Futuro” (Eng. sails towards the future) and it praises the company’s great capability of “turning a car into an unique emotion where prestigious jewels speed up towards the future”. The prize was collected by the Engineer Haral Wester who has, later on, thanked the Casino by giving it, in return, one of the few and rare paintings that portrait Alberto Ascari inside the Maserati 4CLT model whereby he won the GP in 1948 exactly in San Remo.

The marvellous Maserati Ghibli was exposed outside the Opera Theatre in San Remo where, besides the award ceremony, a long and animated debate was held. The discussed topic was “A hundred years of business in the era of globalization” and Wester, along with many other proponents of the most famous car manufacturers in the world, took part in it.